Hello! Long time no blog. I’ve been home for almost one month now and everything is going fantastic! I feel as if I never left to be quite honest. The first week or so I was having a hard time adjusting to reality again, but now I feel like I am going forward.

When I got back, I demanded nature and I received. I flew into YYC and Ivan picked me up and we stayed the night in a hotel just outside the city. The next day we drove up through Banff and Jasper National Park to take in the beautiful nature I had been missing for 5.5 months. 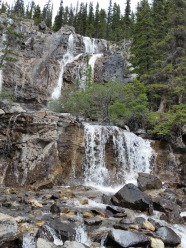 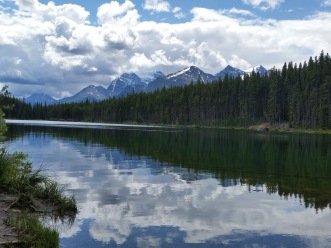 I have some exciting news to tell you all. I am engaged! After being away for 5.5 months it’s time that I move on with the next step in my life and that is getting married to my lovely Croatian whom I’ve been with for two solid years now. We plan on having a big wedding in Croatia in about 1 or 2 years time.

I really miss the Netherlands. After the first two weeks being back home I realized how much I fell in love with that country and the people I met there. It seems strange seeing some of my friends still travelling around Europe and I’m no longer there. I did enough travelling while I was there and I am satisfied with the places I was able to see.

I’ve realized how much I have grown as a person in terms of maturity and mental well-being. I’ve actually become less punctual than I was before I left. I still have the 24-hour clock rolling on my cell phone and there are no plans to change that. My best friend has told me that I seem a lot more “relaxed” and less “stand-offish”. I’ve also realized that I really don’t need so much stuff. Living in the Netherlands with the limited amount of items I was able to bring, I feel I could do without so many clothes and unnecessary items that take up space. Ivan and I do live in a small apartment in the city, so we don’t have a lot of space.

I hope to keep continuing my blog, potentially in a new light. I also have some unfinished drafts to complete, you know, when I actually have free time. Maybe you will see some recipes or food posts since I am a huge food lover. Since I got back I have made strawberry rhubarb pie, cinnamon rolls, and banana bread. I really missed baking.