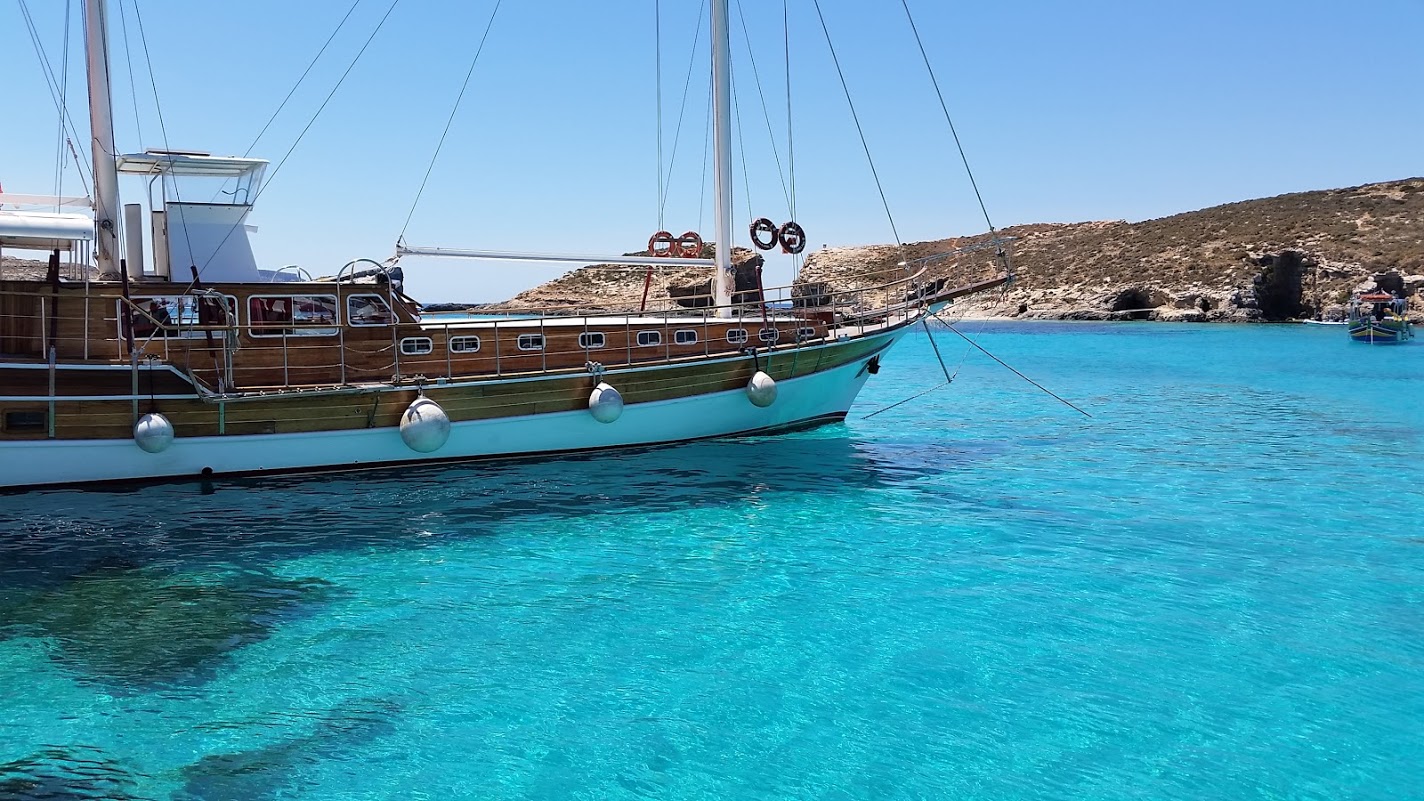 Friday, May 6, 2016:
Here I am writing from Sliema, Malta.  Four days ago I was in Amsterdam, and now here I am with my mum and my twin sister Samantha. I never thought I would visit Malta this soon, but since I’m already in Europe I may as well.

Prior to arriving here I gave my mum a short, somewhat rushed tour of the Netherlands over three days. We visited Den Haag (The Hague) where Dutch parliament sits, Keukenhof tulip garden in Lisse, Leiden–a small city near Lisse, and finally Amsterdam. Currently I am on May break (May 2-8) so I have time to travel a little bit.

In front of Dutch parliament 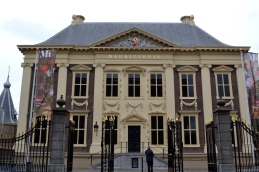 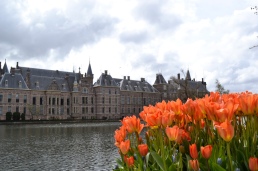 Pictures from Keukenhof and Leiden…

When we first arrived in Malta it was very windy but sunny. Yesterday (May 5) was the only day where there wasn’t any high speed winds in the forecast so we decided to take a boat cruise to Comino island. The weather was perfect because it wasn’t too hot, neither too cold. I think it was around 24 degrees and it was absolutely perfect! 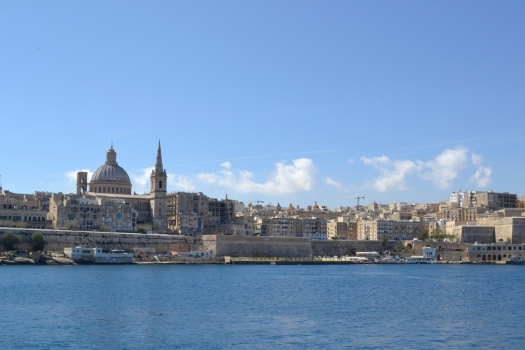 When we were leaving the harbour. This is Valletta, the capital of Malta. 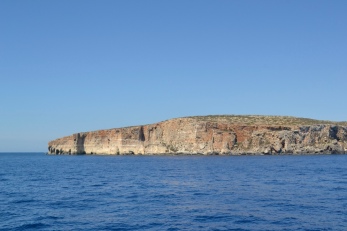 Part of Gozo, one of the Maltese islands. Will be visiting this island on Saturday (May 7). 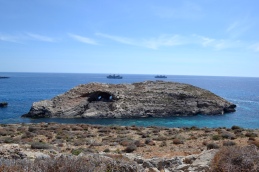 I took a lot of pictures of Comino island and the Blue Lagoon. Unfortunately we did not explore the entire island because we decided to relax and sun bathe all day with the rest of the sheep. It wasn’t until one hour prior to departure that my sister and I decided to hike up the island to see what was on the other side of the lagoon. The water was actually that blue. I did not edit any of these photos. This is exactly how we saw it. It reminds me of the Adriatic Sea because the water is also very clear. My sister and I chickened out with swimming because the water was absolutely freezing. It’s still not too warm here in Malta so the sea has some warming up to do.

These pictures I took with my phone.

On Wednesday (May 4) we visited the city behind walls, Mdina, which is about a 1 hour bus ride from Sliema. The reason it takes so long to get there is because in some regions of the island it is very densely populated and there is no such thing as highways. Imagine living on a small island with almost half a million people and everyone drives to get around. It’s a headache to get from point A to point B because there is constant traffic everywhere. Malta is basically a large rock, and since it is very old, they’ve had to make due with the roads that are currently built around old stone buildings 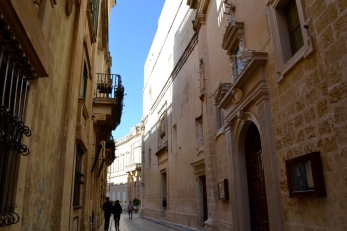 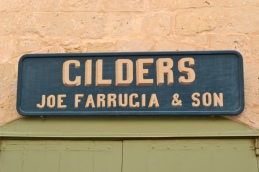 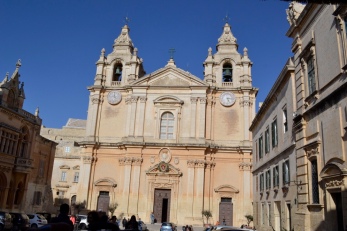 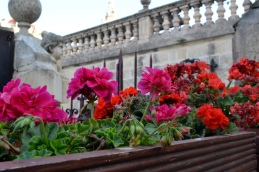 Mdina, also known as the silent city, is located on one of the highest hills in Malta. It was inhabited around 700 BCE by the Phoenicians, and these were people of an ancient civilization who lived along the coast of the Mediterranean Sea, which is now known as Syria and Lebanon. Mdina once served as the country’s capital during the medieval period. The city features several winding and narrow streets which cannot be accessed by vehicle. I didn’t see many vehicles here because it’s just not possible to fit them in such a compact city. Also, there is a limit to what types of vehicles are allowed here. Resident and emergency vehicles are among them.

We took a carriage ride around the city but it was only for 20 minutes. Later we decided to go shopping for some new Maltese cross necklaces and I bought myself this gorgeous sterling silver filigree Maltese cross for €18!

Malta and I: A Brief Overview

For some of you who have come this far, I would like to give you a short overview of this tiny country I had the chance to visit. Well, if you don’t already know, Malta is a small island in the middle of the Mediterranean beneath Sicily, Italy. No, Malta is not part of Italy. When I tell people I am part Maltese and I explain to them where it is, then they automatically assume it’s an island of Italy, but in fact it’s not. Another mistake people will make is that they think my last name is Italian. I can see why they would assume this because its pronunciation and spelling is quite similar to that of an Italian origin. Again, wrong! If you are reading this and you’ve made these mistakes before when talking to me, it’s okay, I forgive you, 🙂

For Malta itself, and as I have mentioned previously, it is quite populated for its size. According to europa.eu, Malta is 315 km2. Alberta is 2094.46 times as big as Malta, and the Netherlands is 118.21 times as big. What’s even more crazy is that Edmonton (my home city) is just over two times the size of Malta (and Gozo). Additionally, there are 429,344 (2015) people who live here and it makes up about 0.1% of the European Union population as a whole. Crazy eh? What makes it even more remarkable is that Malta is home to the oldest free-standing structures in the world, namely the prehistoric temples situated throughout Malta. These were built of stone way before the Egyptians built their pyramids. They are currently protected by fabric coverings and steel structures to ensure their life-long conservation thanks to EU funding. Unfortunately I did not get any pictures of them but if you are interested in researching more about them, open up that Google tab.

The national language is Maltese (or Malti), it comes from a Semitic origin that is written in Latin characters. But over the course of history the language has adopted several words from English to Italian and also French. I’ve tried reading the alphabet but it’s confusing as hell. I don’t think I will ever attempt at trying to learning this language.

Throughout the decades and up until 1934, Italian was one of the official languages in Malta. Then in 1800, the Brits came over and planted their navy headquarters on Malta making English an established language throughout the country. Today it is the second official language of the country and most people have a general understanding of it.However, I have learned, like with other non-native English speakers I have met during my exchange, is that you need to speak slow in order for them to fully understand you. There were several times when we went out to eat at a restaurant and the waiter/waitress did not understand our order.

There is quite a bit of British influence in Malta from the red telephone booths, cars driving on the wrong side of the road, Cadbury and Nestle chocolate everywhere, and even some dishes such as lampuki pie (no I did not have a chance to try it). It’s a puff pastry pie with fish and other ingredients inside. Sounds British to me already. I also found typical British goods in the supermarket here and took home a couple of Aero and Cadbury Flake bars, along with Nice cookies which I enjoyed as a child when I visited my grandad and nanny. I also have British heritage on my mum’s side (her parents) and I’m so proud that Malta has bits and pieces of this influence I am closely related to. It’s the best combination I think!

In a few days time (and I promise) I will be uploading a second part of my trip to Malta AND potentially that long-waited post about Berlin. I need to keep you guys coming back for more… so next time 😉